Part 1: A Call to Restoration (Especially in the Heat of the Fray)

The LORD is my shepherd; I shall not want.  He makes me lie down in green pastures; He leads me beside quiet waters.  He restores my soul… (Psalm 23:1-3, Berean Study Bible)

It occurs to me it’s time to take a break.

Not just now, today, but at will and whenever possible as the world gets worse.

This series is my personal invitation to you to “join me,” so to speak, beside what “quiet waters” (even in front of some funny YouTubes) you may find away from the world’s current social and political battlegrounds in some restorative place of your own, literally and/or figuratively, physically and/or spiritually. My quiet, restorative place is–writing this just now.

What prompts this new series are:

1. The wickedness mauling the world in thought, word, and increasingly-dangerous deed, that seems, this summer, to have descended to a new low where contempt poisons conflict and hatred no longer tries to hide behind a deceptive verbal veneer but shows its face openly. Some hearts caught up in the hate and contempt seem to have even hardened, some consciences, to have seared.

This is not only a spiritual but also a physical, mental, emotional, and psychological paradigm shift–and danger zone–in my view. For more thoughts on this, see “When Comes Contempt…”

For the rest of us, frustration threatens to boil over as we try to solve this situation which may well be unsolvable in some respects, at this point. Unless, as believers, we remind ourselves of the ultimate resolution in Jesus Christ in which case we can “look up, and lift up (our) heads; for (our) redemption draweth nigh.”

We have to remind each other more and more often to relax, when possible; to step back from the hot mess, breathe deep, recoup our critical thinking energy, and move away from the, seeming, sinking ship of state when possible lest we get sucked down into it ourselves by responding in kind; lest we “rush to the base of the brain,” as it were, during such times of duress, where emotions such as “fight, flee, or freeze” are prompted, and if the threat does not let up, our sympathetic nervous system keeps it up and the well known effects of sustained stress begin to manifest.

In short, if we don’t step back from time to time our immune systems take a hit.

And, of course, compromised immune systems, whether physical, mental, emotional, and/or spiritual, make us much more vulnerable to the enemies that be…waiting…

The second prompt for this series was,

2. A refreshing, interesting, lovely description of one of my friends’ “restorative places” where he spent a little time, recently, in his corner of the world. It showed up in an email from him this morning. Just because.

And in the nick of time, because just before I got to it, I was fighting off irritation, tempted to even feel a little smug and self-righteous after reading a headline plastered atop one of the ubiquitous news feeds that show up before I can get to my in box. I mean, you shoulda read it, right? A snooty screed from some big-mouthed, small-minded, power-crazed young thing with twigs for brains lecturing us, the “unwashed masses,” apparently, in her mind, where there is little room for words let alone whole thoughts, about history she apparently slept through, drooling on her desk, in the fifth grade …

Ooooooh! Sorry! See how tempting it is to get sucked in…?

But after reading Colin (Markham’s) description called “The Leas,” I found myself back to mental and emotional stasis. My imagination was brought to the quiet wayside in his description, my spirit was refreshed (and hauled back from a snooty perch of my own) and now here I am on the shores of my own inspirational place of “writer’s respite”–and restoration.

I mean, who could resist spending a few moments, if even just in the imagination, where, well, as he put it,

I found a bench on the upper reaches of the promenade, away from the clamour of the town. No sound reached my ears beyond the distant cry of a gull and the buzz of a passing bee.

My mind was stirred by the magic of the moment and words rushed into it to capture it on a literary canvas. The breeze was hardly perceptible. The brown crisp leaves from a former season, strewn around as if a legion slain on a battlefield, remained dormant and still.

A tree formed a canopy over my head, its boughs, heavy with foliage, swaying gently. The rays of the sun pierced through the tapestry of branches, forming shafts that created tiny pools of light playing among the detritus.

The universe at my feet contained scurrying insects foraging in their own garden of delight.

In the near distance, above the wide sweep of grass, delicate white butterflies danced madly is if entranced by the heat of the sun, their wings gossamer thin, their desire perhaps for a shaded place to rest among the trees that populate the steep slope below the promenade. 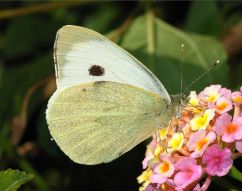 In the distance the sea as calm as I had ever seen it, the inertia creating a patchwork of hues, blue and grey, as if reflecting the serenity of the sky and the wispy clouds scattered across the firmament.

Surely God had blessed this place, a piece of heaven come to earth, a glimpse of paradise where the world is hushed, where no evil treads and no fool enters to dispel the vision. Near perfection was captured in time. I was fortunate indeed to chance upon this spectacle of nature, a symphonic harmony of the elements drawn by divine artistry.*

*Images from various places around the world added for everyone’s enjoyment.

Image of battleground from Wikimedia commons

Image of bee from Wikimedia commons

Image of red and brown leaves from Wikimedia commons

Image of tree from Wikimedia commons