As soon as I read the following feature, “Technocratic Agenda Dominates COVID-19 Panic,” by Jacob Nordangård, PhD, that appeard March 26, 2020, in Patrick Wood’s online newsletter, “Technocracy News and Trends,” I saw a connection with my previous post on the comparison of the pandemic COVID-19 and what I call the “pandemonic,” i.e, evil in all its iterations (including political) and the “technocracy agenda“.

While it is wise to protect ourselves and our loved ones from the biological pandemic of COVID-19, it is also wise to discern the pandemonic implications, in this case, of the technocracy agenda, which is a much greater peril, co-opting technology to use as a means to usurp free market economies and gain global control. Shutting down the world, restructuring economies, and expanding the powers of central government due to the flu might be an effective means to certain technocrats’ –and globalists’–end.

Today’s guest feature covers technocracy as such an economic game-changer and control mechanism that began spreading its influence one hundred years ago. For those open to what is not a conspiracy theory but an arguably well documented, actual conspiracy, technocracy has made unimaginable inroads into academia, government, and now, as linked with the pandemic called COVID-19, quite dramatically in just a few months, into world economies as well.

Have you noticed, for example, what’s been happening to the stock market and unemployment numbers in just a couple of months because…COVID-19? World-wide?

It sounds biblical in proportion because in the view of many prophecy scholars it may be either the precursor to specific end-times events, or a type and shadow of same.

The Book of Revelation, the last book of the Bible describing prophecies just before, during, and at the end of times, describes this era, heralded by a one-world government,  along with a one-world economy and religion.

See what you think. PBN

See also, linked beneath, another very timely and much more detailed feature on certain of the scientific aspects of both the pandemic and the pandemonic. 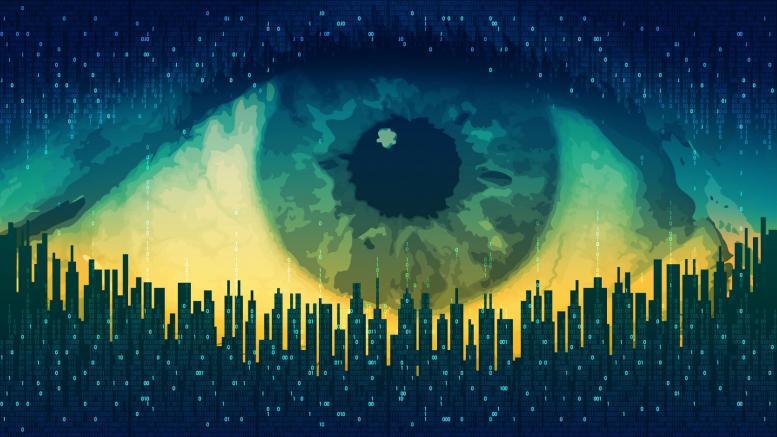 TN contributor Jacob Nordangård, PhD presents the view from Sweden in succinct detail with relevant historical perspective. Not surprisingly, the European perspective on Technocracy is no different than that in America. ⁃ TN Editor

The Corona Crisis has in a matter of weeks profoundly affected every aspect of life and become the perfect trigger event to kick-start the Great Digital Transformation with its “smart” solutions and stringent surveillance measures. In the wake of this crisis we now see rekindled calls for Global Government, a restructuring of the economic system, and an “opportunity” to include the European Green Deal in the stimulus package. This is a crisis which in record time can lead to a global Technocracy. To paraphrase Naomi Klein: this changes everything!

The Climate Change narrative, increasingly dominating the news in 2019 and a high priority at the 2020 World Economic Forum in January 2020, has now been replaced by another invisible threat, the Corona Crisis. The measures discussed to win the war against this new enemy are, however, eerily similar to the those proposed against the first. This coincidence may be explained by the fact that they both share a common origin as useful threats to usher in changes on a global scale.

With an early interest in medical research, the Rockefeller foundations and institutions have had a huge impact on the development concerning health and medicine. Rockefeller Brothers Fund’s Special Studies Project from the late 1950s, resulting in the Prospect for America: The Rockefeller Panel Reports, can be seen as a starting point with the mission to shape a new international order in all its dimensions – spiritual, economic, political, and social. This report stated that global health issues, together with oceanography and meteorology, were important areas to support due to their international dimensions and being interconnected problems that span the globe. One of the main architects of the project was Henry Kissinger. The Rockefellers, who were also involved in the creation of World Health Organization (WHO) in 1948, have since been deeply involved in sounding alarms about global health and climate issues and building support for global solutions.

Another important player is the World Economic Forum (WEF) – the leading forum for Public-Private Partnerships, with membership comprising big corporations, banks and foundations. WEF’s Global Risk Programme was initiated in 2004. In 2006, WEF released the first Global Risks Report with warnings about global problems and suggestions on how to solve them with aid from Big Business. The purpose was to “advance the thinking around more effective mitigation of global risks”. Three main threats were identified in the first report: Terrorism, Climate Change, and Pandemics. The consequences of a lethal flu could be severe and in the end reshape the world. continue reading…

Another Excellent and Timely Read:

For more of a technical perspective on COVID-19 and its relationship to additional aspects of not only technocracy, globalism, and prophecy but also the insidious politics of one-worldism, I encourage a read of Anthony Patch’s April 2020, newsletter (“Your Unique Source for Leading-Edge Insights Into the Hidden Aspects of Science and Biblical Literature”), entitled “Fulminate Force Majeure“. This feature came to my inbox just today.

Along with several such leading-edge topics, Patch details the science of the so-called “quantum dot” tattoos, a vaccine delivery system (for the Coronavirus, for example) recently touted by Bill Gates. Prophecy scholars see a relationship, here, to the “mark of the beast” cited in Revelation.

Just a couple of reminders, though, to maintain clear-thinking and soft hearts:

“Peace I leave with you; my peace I give to you. Not as the world gives do I give to you. Let not your hearts be troubled, neither let them be afraid.” (John 14:27)

God is our refuge and strength, a very present help in trouble. (Psalm 46:1)

And here is a free gift for you, for more help and perspective as the world darkens.

*From another article in the news about technological innovations, comes “An Invisible Quantum Dot ‘Tattoo’ Could Be Used to ID Vaccinated Kids,” by Victor Tengermann,N, FUTURISM, 21 DECEMBER 2019. It’s not hard to imagine other applications for this kind of technology. And consider the positive spin for easier acceptance, if it’s first, “for the children”. This is also part of what researcher Anthony Patch discusses in the second article linked above.