Still. In the Moment. God.

To “mind the moment,”

Whence we come and (to)

To remember the Power 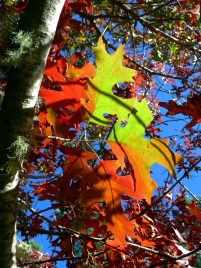 Some think the Origin of all is just

We see but bits and scraps

Moving in and out

Tricking eye and logic, as

“The Spirit where he willeth doth blow”

Hovering over head and heart–

Though fragile as thready tendrils

In a rocky field.

In the face of the bombs and bombastics

We can see, it is easy to overlook

Powers such small (not to mention big) things.

Though deemed inconsequential by

People of the lesser god,

In the fullness of time

Those intrepid roots and

Nor urgency dismiss them. 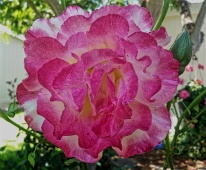 In spite of all,

Stop, if even for a moment,

And to note the power of smallest things—

A mustard seed, for example.

Minute, yet, at length,

Need not fear those who

May kill the body but who

In this, hope and courage

The poet Sylvia Plath wrote of such bits and pieces as mushrooms, likewise small and

In spite of ourselves  (she writes as them).

We shall by morning

Our foot’s in the door.

For nothing stops Him.

(Look around, for example.)

“Let there be…” echoes, still, from the front edge of time, its force multiplying in both mushroom and in man, if you will; its power from another dimension out of reach of The Destroyer–out of the claws of he who, in reality, neither understands nor, ultimately, overcomes it.

I believe it is critical to our mental, emotional, and spiritual survival, these days, to savor the power of the Creator, Who is neither intimidated nor surprised by all the beauty, bucks, and brawn evil amasses against good.

Indeed, many believe, God has had a plan for it all along, even since before the power of free will, as potent as it can be, that turned/turns hearts from Him to jealousy, pride, and greed.

To this end, and to offer you the significance of a moment of respite and reflection far from the chaos ramping up, I share with you snapshots of other moments in time, some recent, some a few years old. But all attesting to the power in what might seem fragile; glimpses of the length, depth, and breadth of the creative force; the quiet, delicate, minute, breath-taking, awe-inspiring, digitized moments from His dimension to ours, as gentle reminders of Who we serve.

And Who serves us.

I am reminded also, these days, of a scene in the film Dr. Zhivago, where the protagonist, during his flight with his family from Moscow to his country home during the Bolshevik Revolution of 1917, is grilled by the commander of the occupying force who happens by on his official train. One of the occupying forces, that is. When asked what his purpose was, the doctor gazed at the commander for several seconds, then replied, simply, slowly, fervently: “To live!”

Indeed, we still get “to live,” even though the darkness would snuff out the light.

Because, you see, ultimately and forever, it cannot.

We still get to stop and comprehend

The real power, brains, and brawn,

Though “they” who push and prod  us on, seem formidable–“Nothing to see here,” they lie.

While truth flowers in every nook, cranny, and heart:

“Come to me, all you who are weary and burdened, and I will give you rest.  Take my yoke upon you and learn from me, for I am gentle and humble in heart, and you will find rest for your souls.  For my yoke is easy and my burden is light.” (Jesus)

My thanks to siblings Andrew J. Beveridge and Barbara Beveridge de Dios whose pictures grace this page, unless otherwise noted. They see the light…

2 Responses to Still. In the Moment. God.